Skip to Content
Home Blog American Cheese Vs. Cheddar: Which Type Is Best For Health?

For years, a debate has waged in the cheese world regarding American cheese vs. Cheddar cheese. While you will be hard pressed to find an argument in favor of “American” cheese, it does have its place in the food industry. In fact, many restaurants and a few fast-food chains began switching from real cheddar to processed American in the early 1980s.

What is American Cheese? 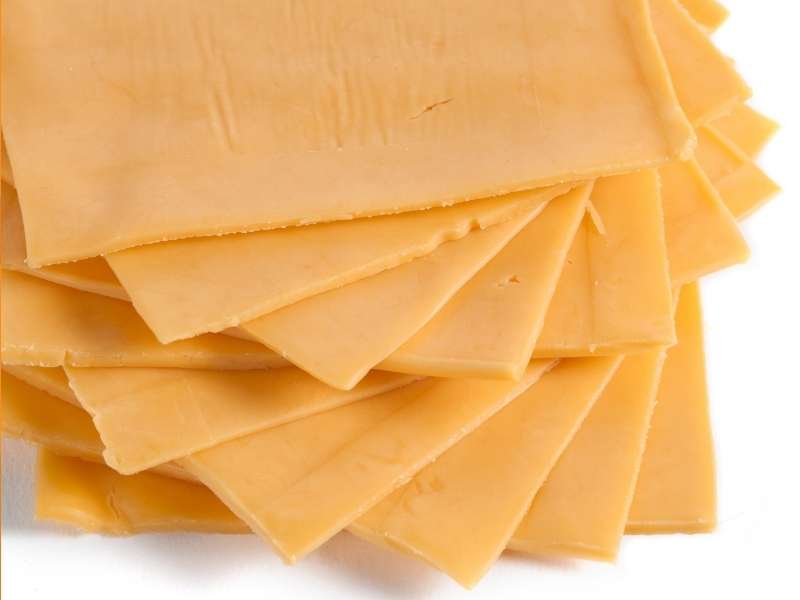 It is typically used to make grilled cheese sandwiches and paninis, but it can also be used in other recipes that call for melted cheese.

The most common varieties of American cheese include:

This type of cheese has been pasteurized, homogenized and contains about 50 percent moisture. It does not require refrigeration until opened, but should be stored in an airtight container in the refrigerator after opening to prevent spoilage and mold growth.

This variety contains more fat than regular processed American cheese because whole milk was used during its production process. The extra fat gives it a richer flavor than its low-fat counterpart when melted on sandwiches or used in other recipes that call for melted cheeses such as lasagna casseroles or macaroni and cheese dishes.

What is Cheddar Cheese?

Cheddar cheese is a hard, mild and sharp-tasting natural cheese. It is named after the village of Cheddar in Somerset, England. Cheddar cheese was first produced in North West England during the 12th century. Since 1993, Cheddar has been protected against imitation by a European Union PGI status. 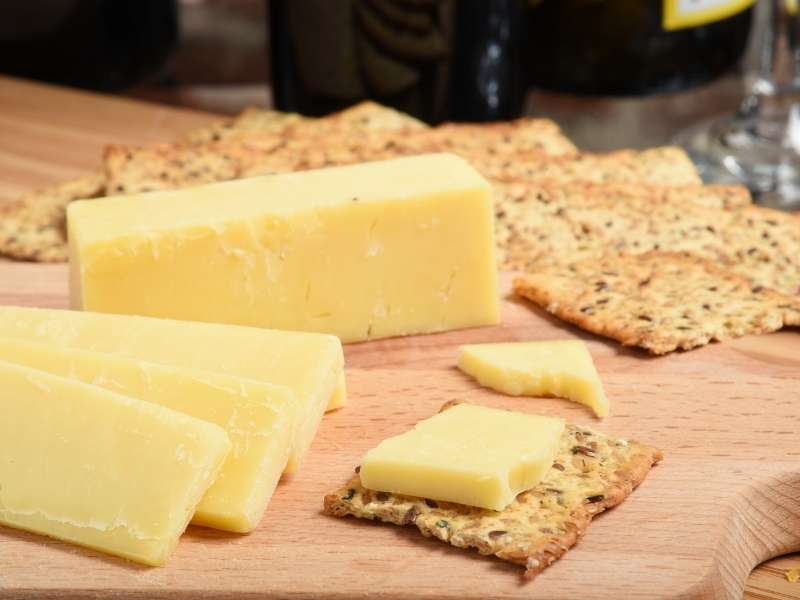 Cheddar is a semisoft to hard textured natural cheese and it has a sharp taste with hints of nutmeg and fruitiness. The colour and texture of Cheddar depend on how long it has been matured for; young Cheddar is pale yellow and firm with a granular texture, while old Cheddar is darker yellow or orange, crumbly, and has a much stronger taste. The longer cheddars are matured for, the stronger their flavour becomes due to lactic acid production from bacteria which causes a chain reaction that transforms milk into cheese.

Cheddar is produced from cow’s milk (usually pasteurised), although some may be made from sheep’s milk. The milk used may be pasteurised or unpasteurised but not sterilised as it gives off ammonia during the ripening process which contributes to its unique flavour profile.

The American Cheese vs. Cheddar debate is one that has been raging for over a century. It all started with a cheese maker named James Kraft, who developed his own version of cheddar in 1911 and called it “American cheese.” Since then, the two types have been compared in many different ways, but here are some of the most important differences between them: 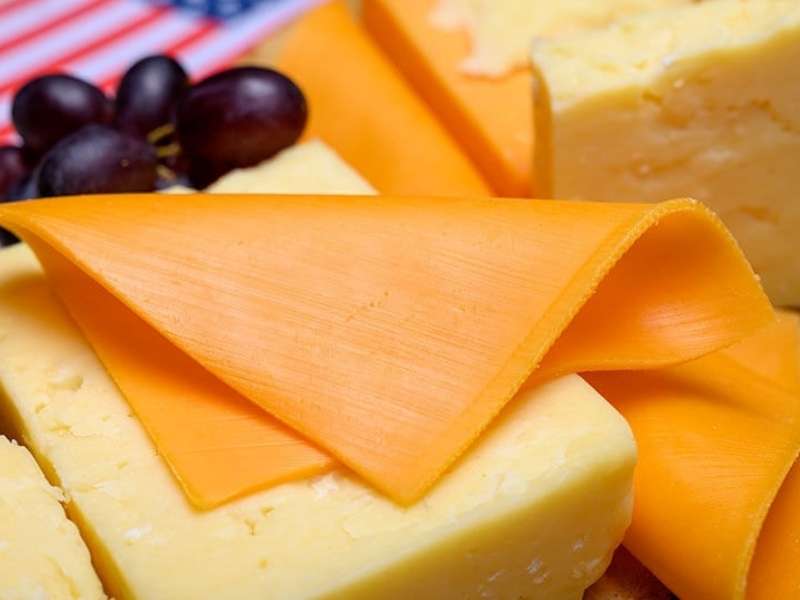 What Is The Difference Between Cheddar and American Cheese

American cheese is a processed cheese product made from milk and additives like water, whey, and milkfat. It’s known for its mild flavor and soft consistency. 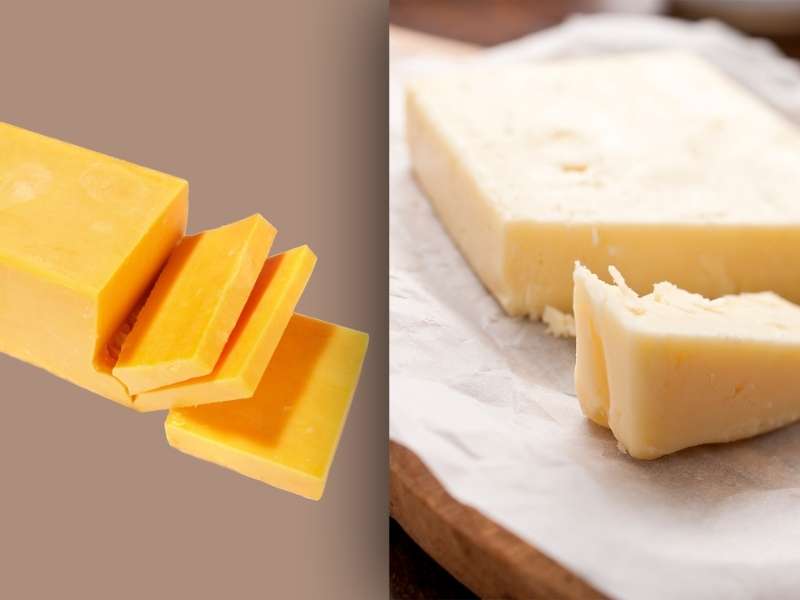 Cheddar on the other hand is an unpasteurized cow’s milk cheese that’s naturally aged for at least 60 days. It has a sharp taste that becomes more pungent as it gets older and stronger tasting with a harder texture than American cheese.

The main difference between these two types of cheese is that cheddar doesn’t contain any additives while American cheese does contain several ingredients such as water, whey protein concentrate, milk fat, sodium phosphate, and salt among others.

These ingredients help give American cheese its unique flavor but may have adverse health effects such as high blood pressure when consumed regularly over time.

The American Cheese Vs. Cheddar article provides guidelines on the best types of cheese to buy, such as American, Cheddar, and Swiss. The author even provides measurements for those who are not used to dealing in ounces while shopping in the grocery store. This article is both factual, straightforward, and professional.